A cornelian cherry, made out of coral 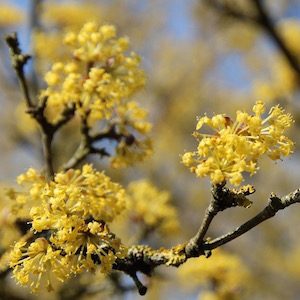 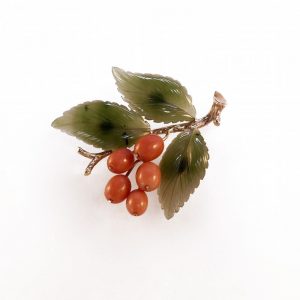 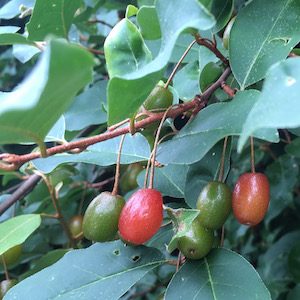 That common name Cornelian cherry.. Hmmm, for a jeweller that sounds like a jewel already.

The fruit looks more like an olive then a cherry to me, but indeed this fruit has a color similar to cornelian. Cornelian or carnelian is an orange-red-brown mineral, a variety of Chalcedony. It’s often used for jewellery, like for instance in this cherry brooch.

The mineral received it’s name, according to Wikipedia’s etymology, from the Mediaeval Latin corneolus, derived from the Latin word cornum, the cornel cherry, whose translucent red fruits resemble the stone.. So first the tree got it’s name and later a mineral was named after it.

However, for this depiction of the branch with its typical fruit another material was used instead, namely coral.
A bit confusing isn’t it? To add some certainty to the jewel; the brooch has got a double pin.
September 12, 2017November 13, 2017 Categories: ArchiveThis item is no longer available. For similar pieces currently in stock, please contact us or check these tags: 1950s · 1960s · Cherry · Coral · Lapidary · Vienna