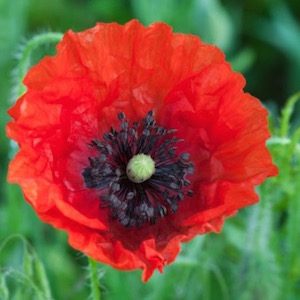 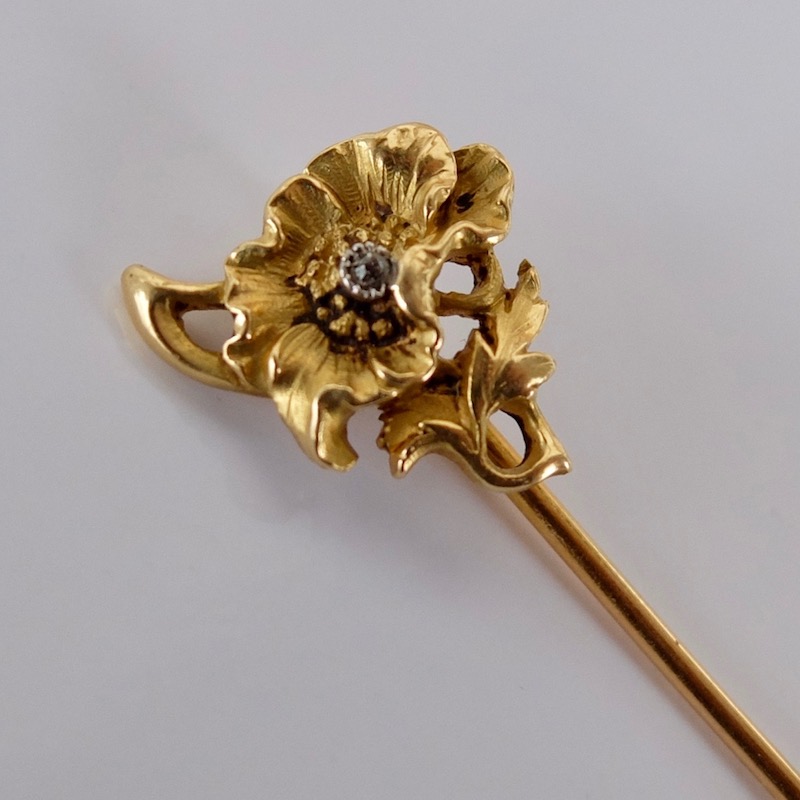 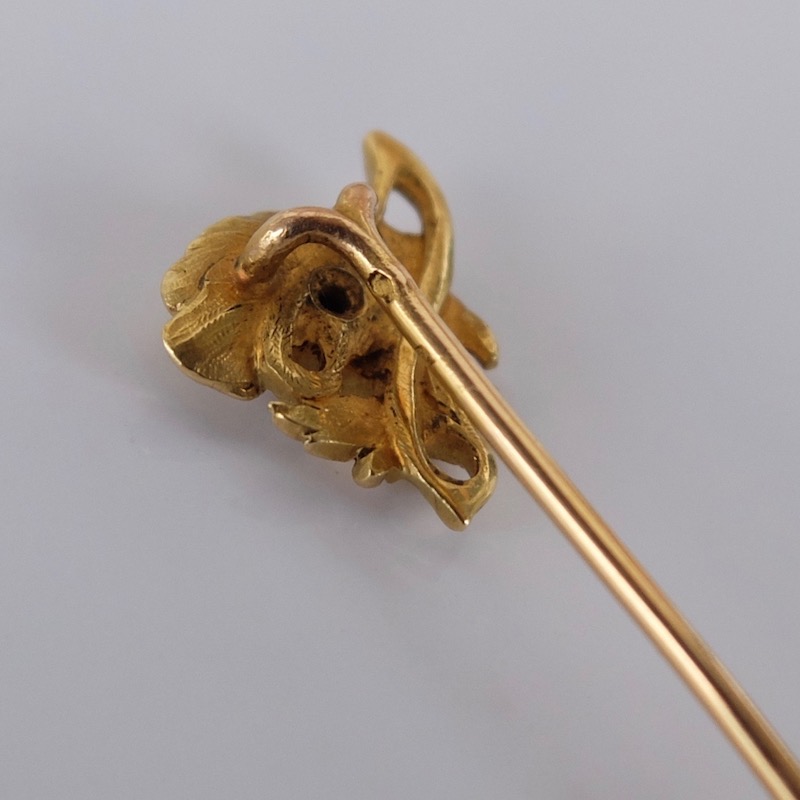 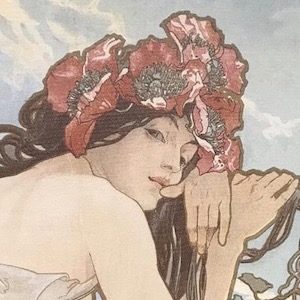 The poppy motif was used quite typically during the Art Nouveau period. Since the flower stem bleeds the second you pluck it, a poppy quickly wilt. In the Victorian Language of Flowers, this flower symbolizes extravagance.

Poppies are a narcotic. They are used to make morphine and opium, and due to the sleep-inducing properties of certain types of poppies, it has been the symbol of everlasting sleep since ancient times. After the Second Battle of Ypres, the flower with her blood-red leaves and black heart became a symbol for the fallen soldiers.

November 11th is Remembrance Day, also called Poppy Day. In the countries of the Commonwealth, it is the day to commemorate the end of World War I and all wars and armed conflicts since.

Link about wearing the poppy symbol.